So I had this brilliant idea to do a semitransparent app icon for BS. The icon is making problems when doing an animation at the Dock. I access the app icon with IconMBS, but the result is odd. The app icon is fine but the semitransparent part is missing. Code:

The result is in the upper part. Directly drawing the app icon is on the lower part of the screenshot: 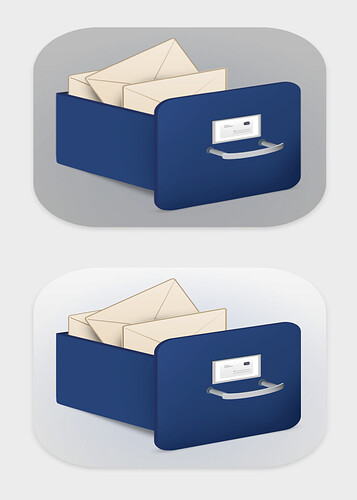 I’ve uploaded an example to http://www.mothsoftware.com/downloads/iconmbs.zip . I’ve already talked to Christian and he doesn’t know why the icon shows up that way.

Here is the code for the Dock animation:

I can’t just add the arrow to the Dock because the rectangle for the arrow needs to be cleared before drawing the arrow again.

Does anyone have an idea to get the full app icon or some other way to draw to the Dock? If need be I can add the app icon to the app instead of getting it from IconMBS.