What do you expect to be announced in 90 minutes?

I expect an emphasis on security, maybe a custom framework and Ax based chip in all future Macs. Which would explain in part the long delay in new hardware and the tightening / hardening of the current software

It’s SnowWWDC, so I’m expecting it’s mainly about software updates, same as you. Although I see some last minute MBP rumors.

But mainly, I expect a ton of whinging about how Apple are doomed, same as every other year.

Indeed , monkey and animoji era and useless things. It seems that some times when they don’t know what to do with the money and lack of inspiration they go extreme, instead of fixing their issues now they are copying Microsoft and pushing useless features.

Gosh, hope they will wake up soon. 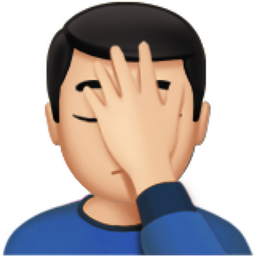 The REALLY sad thing is that Microsoft is a lot worse (Privacy? What privacy?) and Linux is not exactly stepping up to the plate (2 Developers, 5 Distributions).