I have a set of dynamically created controls and cannot seem to close them to reset the parent control. 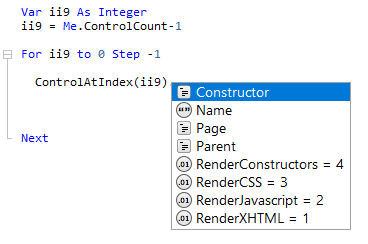 It looks like the .Close method cannot be called.

How can I work around this?

Or use IsA in combination to check if the control matches

Thanks for the starting point. Here’s what I ended up doing: