Hi, This declare used to prevent my window from being dragged. Has this now been removed / deprecated, or is this somehow due to me now using an M1 Mac?

Seems that there are some caveats to it’s use, but it should be available from 10.6 and up

Now, if you’re trying to use it with a desktopWindow, you’ll need to change the type of handle from Integer to Ptr.

Works fine in the DesktopWindow Opening event on macOS 12.1

I’m also using 12.1 on an M1 MacBook Pro.
When I paste the code into my Window open event - I get the following error message: 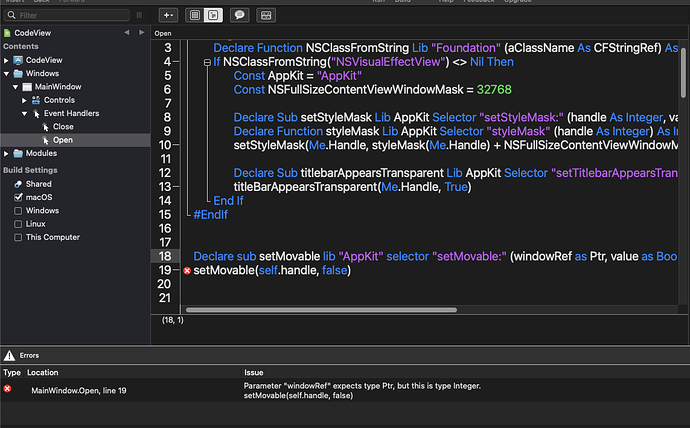 Check your super class is a DesktopWindow 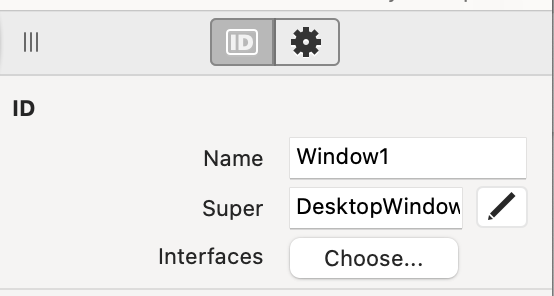 When I change the super from Window to DesktopWindow, I get multiple error messages saying expects Integer but got Ptr.

I’ll have to just give up on the idea of making the window non-moveable.

Works in a brand new project, but not in older project files.

I am totally confused as to why this has changed??

I think the new naming makes sense as the window is Opening, but not visible on the screen yet.