I am trying to create a simple report that has multiple columns of the same data field. It is basically a list of all members of an organization. I would like to have the entire membership list printed on 1 piece of paper using 4 columns. I can create a report with the one text field and it will print a nice single column of names.

Here is a picture of the one column. I would like 3 more columns. 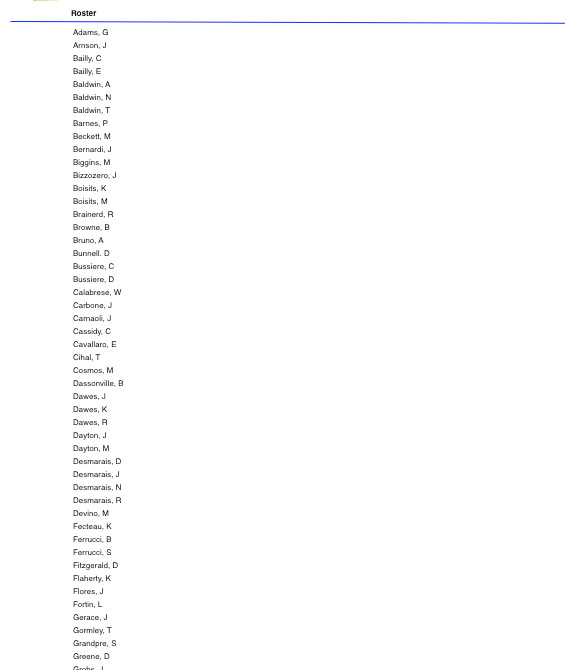 The code for the single column is listed below. Can this be altered to include three more columns using the same data? Any help would be greatly appreciated.

If not Roster.Connect Then
msgbox “Cannot open the database. Aborting.”
Quit
end

I have a similar need and was curious if this was possible?

BUT that said you can in one of two ways

Thanks for explanation, Norm. Maybe worth taking a step back…

Is there a recommended way, or plugin to generate multi column output in some editable format? (How’s that for ambiguity?)

Specifically in our case, we’re trying to output text with specific settings set for margins # number of columns. Everything else related to the app is pretty mcuh done, but we’re struggling with this last piece of formatting. What we’re generating is something like a book index where you might want 1 column of data in some instances, but to save space/money you might do 2 or even 3 columns if page space allows.

Any suggestions on how to tackle that, or is looking at the Gas Report still the best bet?