Converting a Line Graph to a Filled Polygon

At the moment I’ve got a line graph drawing fine. However, I was thinking that it would look nicer filled with a colour.

I’ve read about “RGBSurface.FloodFill” and that could work but there are other program dependent issues that would make this approach unworkable (I think).

I understand that Graphic.DrawPolygon will “auto-fill” with reference to the x,y origin. Unfortunately “PolyLine” is not available where one can “close” the path ie. Adobe Illustrator etc.

Here’s an image of a typical graph where I’d like everything under the red line filled with a colour: Here’s the code that creates it:

This is pretty much a “thought-fart”, as in it has nothing to do with the final calculations, but just makes it look nicer.

Nevertheless, it’s something that’s annoying and distracts me from finishing the main parts of my code. Perhaps an excuse for procrastination?

You realise you can close the shape just by repeating the first point at the end?

You realise you can close the shape just by repeating the first point at the end?

I didn’t think that was the case with “DrawLine”?

For timeX as Integer = 0 to totalSamples-1

caveat: this is just typed from memory… not tested code…

The problem I had was with scaling Object2D. The line thickness was also scaled, which is exactly as it should be, but didn’t suit my purpose.

Now that I don’t need to scale, it may well be worth looking into Object2D again.

The line thickness was also scaled

Once resized, set back the BorderWidth you want ?

I do seem to remember that there was an issue with creating a “picture object” using Object2D then displaying it in the paint event of the canvas.

Probably just my issue though.

I do not remember anything about that.

The code below will draw teh offscreen Picture if one valid instance exists (avoid crash):

The canvas draws the Graphpicture

You should be able to use the Graphics.FillPolygon and Graphics.DrawPolygon methods, without using Object2D. Something like this:

Collecting the points and doing a FillPolygon and DrawPolygon (as suggested above) might be your best bet.
Attempting to use FloodFill, you would need to NOT draw your grid first, otherwise it won’t be able to flood the entire area.

Thanks so much everyone, I’ve finally got this sorted.

. . . Attempting to use FloodFill, you would need to NOT draw your grid first, otherwise it won’t be able to flood the entire area.

Yeah, that makes me laugh Dave because that’s exactly what I did before reading your post. :S
I got a nice little coloured rectangle! Thing is, I should have known that was going to happen considering I use PhotoShop often. I moved the grid to the top layer so perhaps FloodFill could work, but there was always going to be the issue of determining the xy point to ensure reliability. Nice to know that FloodFill is there though.

I used the FigureShape method similar to what Jeff posted. The collecting points version that Urs posted above looks very interesting - I wonder what the difference would be? All seems to be working fine though, so unless there is a compelling reason to change, I think I will leave well enough alone.

As I said, the code used is pretty much as Jeff posted in post #7 (thanks Jeff):

For timeX as Integer = 0 to totalSamples-1

GraphPicture.Graphics.DrawObject(fx, 0, 0) // Draw the Graph to the Picture

And the final graph: 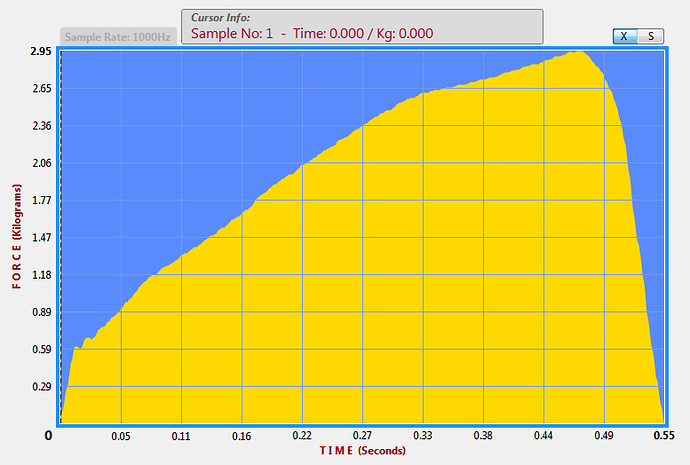 Graph colours aside, one thing I don’t like is the way the grid is overlayed on the graph. It doesn’t look good, and no amount of fiddling with colours makes it have the subtle look I’m after.

I’m aware that we can have transparency (.fill I believe) but it doesn’t have the effect I want.

I’ll start a new thread regarding this, but I’ll post it here first. This is what I mean:

This was drawn using Adobe Illustrator.

Is possible to achieve the look of Fig. 4 without creating complicated masks?

Is possible to achieve the look of Fig. 4 without creating complicated masks?

On the Mac with a few declares yes: CGContext (which is the native macOS object behind Xojos graphics class) can handle all kinds of blend modes: https://developer.apple.com/reference/coregraphics/cgcontext/1455994-setblendmode

For the other systems, I dont know. (Ive seen youre using Windows. There probably is a similar system API call somewhere )

Thanks Ulrich. I’ve have a look into Windows API.