Am I correct that in metric using countries, it is Meters, Centimeters to 1/10cm?

although to confuse things, if i buy a length of wood in the UK. it will generally be sold as 2400mm long (rather than 2.4m) which ahem, coincidentally, is almost exactly, erm 8ft

If you want more details (if this is for a software / construction), maybe a go to:
France:
https://www.castorama.fr/
https://www.leroymerlin.fr/

Ikea may also be a good idea (exists throughout of Europa).

You may find house woods for roof, kitchen, etc. Not knowing what you want to achieve does not allow me to give more precise data, but you get the idea to where to search them.

Thanks… I am writing a simple “construction” calculator to add lengths, and convert from decimal to fraction (for US), and am trying to decide if I wanted to include metric as well… Not sure there is any added benefit really since metric would all be decimal related values anyway. But in US adding 1/2" + 3/16" + 1/32" can be cumbersome (23/32")

You may better use metric for the calculator and than offer some imperial fans the options to show imperial units for display/input.

Isnt the target very small ?
(that is why I added details about electricity).

The target is techincally the entire United States… It is not that we are “Imperial Fans”, and we just are NOT “Metric Fans”

all our standard construction measurements are Feet/Inches rounded to a minimum 1/64" (about 0.5cm for you metric fans

after Brexit, the UK will go back to full Imperial instead of the half-hearted current version no doubt

Metric system dont use fractions. That is 0.1cm, or 1mm.
So, the basic 3 units for construccion can be Meters, Centimeters or Millimeters. For standarization, it is just used one of them on a single application, for isntead, a floorplan is mostrly just Cm.

we just are NOT “Metric Fans”

All the imperial units are actually definend in terms of Metric units, the United States is actually using the metric systems, just adding an extra convertion factor to units.

The US uses metric for Scientific endeavors (like the rest of the world)… but our construction industry (and the average person) do not use metric, so I don’t know where you are getting your information … and the purpose of this topic was not to argue the benefits or detriments of one system over the other…

The imperial system is base 2 logarithmic which is arguably simpler than base 10 and it is in my experience superior in woodworking and construction because it was conceived as a relational system (fractions). Designing things means working with proportions, and metric makes that more difficult. 12 inches to a foot is better than 10, because 12 can be divided in more ways than 10. Inches and feet are also more convenient units in terms of their size. The centimetre is too small, and the meter is too big, and 10 centimetres is still too small, and doesn’t divide in as many ways as a foot. It also happens very frequently in a workshop that something should be cut in half. Imperial fractions make that very simple. The fact is that metric units are unwieldy for simple tasks.

Am I correct that in metric using countries, it is Meters, Centimeters to 1/10cm?[/quote]

Meter (m), Decimeter (dm), Centimeter (cm), Millimeter (mm)
Thos are the most common, then there are higher values. Just use the SI units for metric.

I sure have never worked with 1/10 th and such yeah in school but not actually in real life. 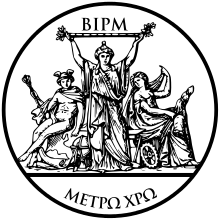 The metre (Commonwealth spelling) or meter (American spelling) (from the French unit mètre, from the Greek noun μέτρον, "measure") is the base unit of length in the International System of Units (SI). The SI unit symbol is m. The metre is defined as the length of the path travelled by light in a vacuum in 1/299 792 458 of a second. The metre was originally defined in 1793 as one ten-millionth of the distance from the equator to the North Pole along a great circle, so the Earth's circumference ...

Canada. is a metric country BUT the construction industry still uses Imperial unit, unless its a government contract

30 years ago, I used Canvas (Deneba Software) to draw a kitchen.

Did you plan to use a vectorial artwork software ?
With one with real worksize measure --> computer screen size conversion, you simply have to draw things on screen and read the values (more or less).