Sam, I don’t know if you are aware, but I think App wrapper mini is no longer working after you upgrade to Yosemite 10.10.3 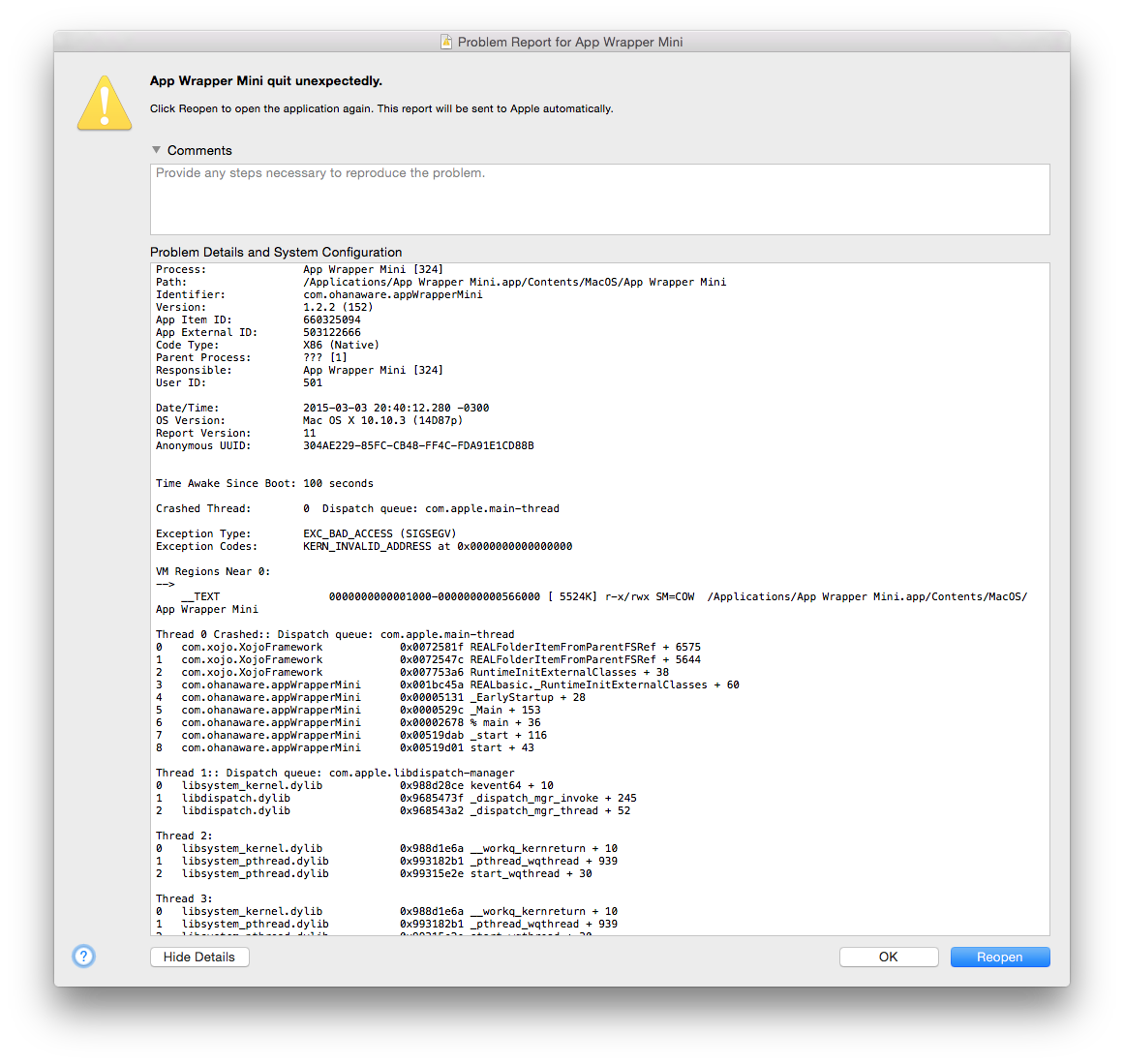 I suppose that just like Windows 10 Tech Preview, there is no official support for Yosemite 10.10.3 public beta until it reaches official release ?

Can’t do that Norman, Feedback app also crashes. I’m done with this Beta for now

Betas are for testing, not living on.

I really hate Yosemite, the bugs have cost me 100s of hours of man time, trying to figure out workarounds for technology that no longer works.

It seems that after the 10.10.0 release, Apple haven’t learned and are releasing another shitty release.

Steve Jobs, once said “Do what you love”… I’d love to do that, but right now I’m spending all my time trying to figure out how to make my applications work correctly on Yosemite.

It’s the fagging FSRef functions, seems like now do they not work, but they’ll actually make your app crash… Sweet!

At this rate, we’re going to have a second window in the office… This brick wall is getting thinner and thinner.