So Android on the desktop, powered from your phone… While I’m not a big fan of Android or certainly not Samsung, this is impressive. Maybe this is where Apple is heading also…

While they say it’s slow at the moment, a couple of iterations of optimizing and processor speed bumps and that it will be a very interesting time to be a Xojo developer (with Android support of course).

So to recap; Samsung is now making your phone, your personal computer (with a desktop computer interface I must add).
Microsoft have made a gorgeous 27" touch screen that folds almost flat.
Apple… Y’all know what I think of Apple’s latest ‘innovation’.

Microsoft has Continuum last year (or was it late 2015). It makes the Windows Phone as a PC. This is why I bought Lumia 950 XL to replace 640 XL (which does not have Continuum unless I hack it).

Now I am not only exploring Universal Windows Apps but also making them Continuum enabled.

Now I am not only exploring Universal Windows Apps but also making them Continuum enabled.[/quote]
That’s actually pretty cool, that you can still use the Phone as a phone, even while it’s operating a desktop PC.

Never could get behind Samesung, felt bad that I was applauding them for ‘innovation’, but happy to know that it was in fact copied from Microsoft, who really seem to be innovating IMHO.

Android is indeed perfectly able to present a decent desktop. Let alone because when one plugs in a mouse, the cursor appears just like under Mac or Windows.

It probably require the fastest of smart phone to have decent performances.

I was thinking this morning about the attitude of Apple vis vis touch screens. How long do they expect to hold against a market where touch screen is the rule, and no longer the exception ? I accept the rationalization about the touch bar somewhat more ergonomic, but hey, where is the coherence with the iPad Pro ?

Likewise, how dare they call the iPad Pro a computer when it is unable to accept common peripherals such as a simple mouse, USB sticks and external drives ?

Load an iPad Pro with macOS, and I buy immediately. Make a 28" iMac touch enabled and reclinable like the Surface Studio, and I will find an excuse to shell $3500 or $4000 immediately.

I am in fact worried about the brand. It would not be the first time the absence of product oriented people cornered Apple in a dead end. Steve had a temper, but he loved products. Seems today’s Apple is more about iPhone and stock market than products. Blah. Pity.

Load an iPad Pro with macOS, and I buy immediately.

+1
And think of the new marketplace!

Load an iPad Pro with macOS, and I buy immediately

At $3200 the Modbook, I can have two 'kintosh Microsoft Surface Pro

Besides, it looks bulky and unelegant. At least, Microsoft hardware is as neat as Apple’s.

What I really would like to see is to see Apple I do love get some sense. In fact, iPad Pro is a pure and simple idiocy. How many years of sales slump can they take before they accept that users know best ?

A desktop derivative of Android has been around for a while now, it’s called Remix OS which is free to download and can be installed on an old laptop. You can even buy devices from China with Remix OS preinstalled, like this one, for example.

I know this is raking over old coals but some of us remember what NOKIA smartphones were capable of before their smart devision was destroyed by Microsoft’s Trojan horse.

Yes, Nokia is all but dead. That is a good indication of what happens to established brands (i was a quasi monopoly), when consumers are despised and told the maker knows better. They walk out, and the misplaced pride becomes the cause of the maker demise. Their staunch refusal to have a touch enabled, full screen size, furiously resembles someone else trying to explain users that touch screens are not for them.

[quote=324169:@Michel Bujardet]Their staunch refusal to have a touch enabled, full screen size, furiously resembles someone else trying to explain users that touch screens are not for them.[/quote]NOKIA’s first full touchscreen device was the 7710 right back in 2004. Their last full touchscreen devices running their own operating systems were the Meego Harmattan powered N9 and the Symbian S60 powered 808: 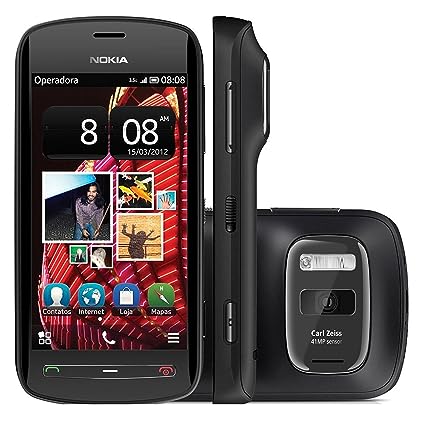 I believe the reason the 808 was released with Symbian was because Windows Phone couldn’t handle NOKIA’s new PureView imaging technology.

I think it’s also worth remembering when NOKIA’s CEO announced their own operating systems were EOL their smartphone market share was > 30% by volume, by the time they’d stopped flogging Microsoft’s dead horse it was down to around 1%

NOKIA’s first full touchscreen device was the 7710 right back in 2004.

Ugly, proprietary, not the right size, a very good failure.

The sad Nokia story shows how easy it is, even for a brand that seemed unavoidable, to go down the drain because of stupid marketing moves. One could also mention Blackberry, who is on its way out fast for not having been humble enough to embrace the new trend impulsed by the iPhone. Whatever one thinks about screen keyboards, they are now universally considered standard.

This reminds me furiously of my family of photographers who would not hear about digital photography. They had all sorts of arguments to explain why people should never buy that. They are gone now.

On the other hand, another brand that was around with mechanical keyboard, but who understood what users wanted is precisely Samsung, cited in the thread title. They probably worked very hard to create their first full screen, touch enabled phone. And in spite of temptation to go for a proprietary OS, they held tight to Android. They got paid for their efforts.

Truth is, in spite of marketing blaber, users vote with their credit card. And no amount of specious arguments explaining why people don’t need this or that will prevent free consumers to do as they please.

[quote=324193:@Michel Bujardet]Ugly, proprietary, not the right size, a very good failure.[/quote]That’s a different argument to your previous one that NOKIA didn’t do full touchscreen phones. Sure the 7710 was not a handsome device but the N9 certainly was. Unfortunately Meego (which was a full Linux/Qt distro on a phone) was announced discontinued before the N9 was even released. Anyway, without going over NOKIA’s management’s foolishness the point is a converged device isn’t really a new idea.

Canonical also experimented with Ubuntu on Android, a version of Ubuntu that coexisted with Android and shared the same kernel. They then went on to develop Ubuntu Touch as an alternative to Android and it was available on some Meizu devices but has now been put on pause until they’ve completed their move to snap packages. Ubuntu Touch would also run as desktop Ubuntu when combined with keyboard, mouse and miracast.

As an aside, if there’s anybody else reading this thread who was an enthusiast for NOKIA’s Maemo/Meego operating system you might be interested to know its offspring, Sailfish OS, will be officially available for certain Sony Xperia devices later this year.

You know, when I was a selling cameras, there was other film makers than Kodak : 3M, Agfa, Fuji, Sakura…

Yet, Kodak had a huge market share which remains to this day, in the much smaller market of argentic photography.

My point is that users are seldom as versed into technicalities than you or I. They vaguely know the major brands for being a sound investment. That is why, in spite of commendable efforts, I doubt extremely much esoteric OSes have any chance of making it big.

[quote=324207:@Michel Bujardet]That is why, in spite of commendable efforts, I doubt extremely much esoteric OSes have any chance of making it big.[/quote]Sailfish OS has found a niche, BRIC country governments that don’t trust OSes originating from the USA.

Indeed, there will always be niche markets, and that is where such products thrive.

I myself have been through all the motions in 35 years by addressing mainly niche markets. Better be the king of the barnyard, than risk to loose it all on a larger market. Actually, I tried it big(ger) back in the nineties, and got burned